There is no perfect person, and we all commit mistakes now and then. However, what we usually forget is that a tiny mistake can lead to a disastrous situation. A family just checking in at a hotel didn’t realize this until it was already too late.

Rizwan Siwani, together with his family, traveled to the Twin Cities from southern Minnesota for a weekend getaway. The family was planning to celebrate the upcoming birthday of Rizwan’s son at a hotel called the Element Bloomington Mall of America. As the hotel was busy at the time, Rizwan didn’t hesitate to leave Remy, the family’s border collie, inside the car while they checked in at the hotel. No one in the family thought how grave of a mistake this was.

According to Rizwan, the family’s car was just literally outside the front doors, only steps away from the hotel’s entrance. Rizwan went inside the hotel and checked in with his kids. Suddenly, their car disappeared. Obviously, having your car stolen is already a big problem in itself. However, losing your dog with it is much more devastating. To top it off, Remy is still such a young dog; he is not even one year old yet.

Rizwan immediately reported the case to the police. He was desperately hoping that Remy would be returned soon. The police, on the other hand, checked the hotel’s surveillance footage. Unfortunately, it wasn’t clear enough to identify the suspect.

Fortunately, a few days after the incident, the police located the pup in Brooklyn Park. The car wasn’t there, however. Despite that, Rizwan’s family was just happy to be reunited with their dear Remy.

Although what happened could have led to a bad ending, Rizwan was just grateful that Remy did not appear to be hurt. Remy has not been with the family for that long, but the family already loves him unconditionally. Because of what happened, Rizwan learned not to ever leave his dog alone inside a car.

Dogs are notorious for looking out for the wellbeing of …

Advertisements They say that when you’re having fun, you’ve already …

We can all relate to this pet's reactions upon seeing … 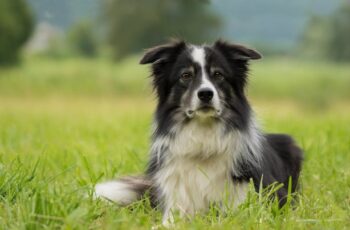 From runt of the litter to being listed in the …

Sarah currently resides, with her husband, in Ohio. Sarah is passionate about helping doggie teams and their parents create healthier, happier, and longer lives for dogs. Her family doggie team includes a Labrador Retriever, Poodle, and a Schnau-Tzu who rules the pack.

Our website is made possible by displaying online advertisements to our visitors. Please consider supporting us by disabling your ad blocker.

Refresh
We use cookies on our website to give you the most relevant experience by remembering your preferences and repeat visits. By clicking “Accept”, you consent to the use of ALL the cookies.
Do not sell my personal information.
Cookie SettingsAccept
Manage consent